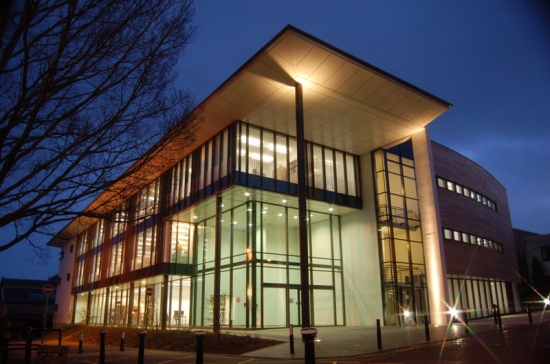 Call in to one of our libraries

Or chat with us via "Ask the Library".

A Bill is the draft of a proposed Act of Parliament. It may be revised several times during the legislative process so that more than one version, each with its own number, may be found in the Parliamentary Papers. Only those Bills which are granted a First Reading by the House of Commons are printed for general distribution. At its Second Reading a Bill is fully discussed in principle and, if passed by the House of Commons, is sent to a Standing Committee for detailed examination.

The library has online access to House of Commons bills from 1715-2003/04. Print copies of Scottish Parliament Bills are held in the Law Library section of Main Library from 1999 onwards.

These documents result from the House of Commons requiring reports, returns or other information from ministers, committees or other agencies from whom the House has the right to demand such material. There are four main types of paper:- (1) "returns" from government departments of statistics or general information, (2) "Act Papers" comprising reports or accounts required to be laid before Parliament under the provisions of certain Acts, (3) reports from Select Committees of the House of Commons appointed to investigate specific matters and (4) "Minutes of Proceedings" of Standing Committees which have examined Bills.

These papers do not originate in Parliament but with ministers who use the technical device of presenting them to Parliament "by command" of the sovereign to introduce them. The monarch is not involved at all nowadays but these items have become known as Command Papers.

Ministers may decide that certain reports or investigations outwith Parliament are so important that the Lords and Commons should see them and therefore designate them as Command Papers. Sometimes new government policies are introduced in this manner, often called "white papers", and consultative documents for general discussion and reaction called "green papers" may be similarly treated. The latter type became known by this name because a particularly important example was issued quite by chance in a green cover. Subsequently that colour has often been used for the covers of these documents.

House of Lords bills can be viewed online. Any Bills which start in the Lords have [HL] in their title. Earlier individual Lords papers can be found by title, and are shelved in the Law Library section of Main Library.

These volumes contain reports of the debates which take place in Parliament. Since the reporters who note down the proceedings are allowed to correct grammar and insert proper forms of address of Members of either House, the printed version is not, strictly speaking, verbatim. It is, however, an extremely accurate record in which the sense of what was said is preserved. As a further guarantee of exactitude, Members are allowed to suggest amendments to the daily Hansard so that the final version is correct.

These were verbatim reports of the debates held in Standing Committees which consider Bills following their second reading in the House of Commons. Online access is available from 1715 onwards.

Select Committees are advisory committees appointed to conduct detailed investigations, hear evidence and report to the relevant House (Commons or Lords). Their minutes of evidence, reports and minutes of proceedings all appear in the House of Commons or House of Lords Papers.

These annual volumes constitute the official record of the business conducted in Parliament. They show, for instance, when the House was sitting, who was in the Speaker's chair and what business was transacted, but do not detail what was said about it. This is found in the Parliamentary Debates or Hansard.

Statutory Instruments, also known as SIs, are a form of legislation which allow the provisions of an Act of Parliament to be subsequently brought into force or altered without Parliament having to pass a new Act. They are also referred to as secondary, delegated or subordinate legislation.

The National Archives on behalf of HM Government maintain the full text of all published Statutory Instruments from 1987.